Background to the work

Our research work has developed a validated multi-species proteomics screening tool for meat species verification in processed meat products. Incidents of food and drink mislabelling and fraud can damage public trust in the integrity of the food chain and impact on the competitiveness and resilience of UK businesses as demonstrated during the horse meat contamination incident of 2013. The development of robust analytical tools to help verify product labelling and support food law enforcement is fundamental to improving confidence in food labelling for consumers, businesses and the food industry.

The development of methods and technologies to detect food fraud supports Defra’s vision for a world leading food and drink industry with the highest standards of food safety and quality. Having these tools in place reassures consumer confidence and public trust in the integrity of the food chain. We have developed a multi-species screening tool that will increase the efficiency of meat analysis by facilitating the detection of unsuspected adulteration (currently limited to nine species).  Traditional DNA-based methods tend to be applied in a species-targeted way (and so intelligence on the likely adulterants is needed) and there can be analytical challenges and higher costs associated with multiplexing DNA methods. Additionally, in highly processed foods, DNA can become degraded, making interpretation of results difficult. Protein fragments (peptides) are more stable under harsh processing conditions and can be analysed by mass spectrometry (MS) for species determination. Proteomic MS approaches enable the simultaneous detection of multiple meat species and the detection of unsuspected meats in food. The application of proteomic MS technologies in food authenticity testing is an emerging innovation that offers potential advantages that complement DNA-based detection methods, currently the tool of choice for routine identification of meat species in food. 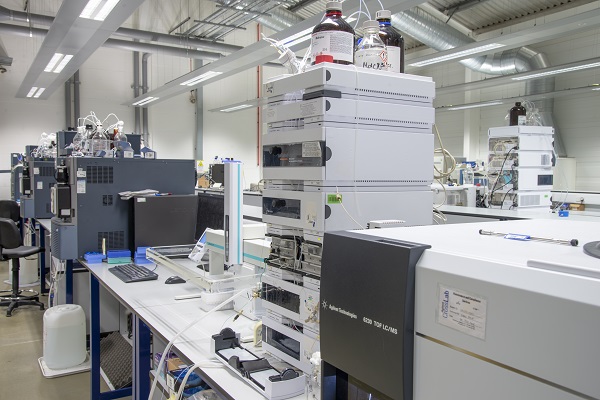 The methodology employed involves extraction of total protein from meat, enzymatic digestion and analysis by mass spectrometry for peptide and species identification. Most of the proteins found in animals share high levels of similarity with other species, therefore to be able to distinguish between species the analysis must identify those fragments of protein sequences that are unique for a given species (marker peptides).

Fera has previously carried out proteomics development work (Defra projects FA0138 and FA0163) where a database of unique peptides for nine species was compiled. Using this database for data analysis, the proteomics approach developed in those projects was applied to highly processed meat mixtures enabling the detection of horse 0.5% (weight per weight, w/w) levels and pork at 1% level in beef. Using this work, we carried out further bioinformatics analysis to identify additional unique peptides, in particular for those species in our database with lower numbers of marker peptides. Experimental mass spectrometry analysis was then conducted to validate the new peptide sequences as markers of the correct species.

Now the database has been populated with sufficient unique peptides for the various meat species and these have been validated experimentally as good markers, further development work conducted allowed for the transfer of the method to a platform that is available to enforcement laboratories, such as triple quadrupole (QQQ) instruments. The identified marker peptides cano now be used to develop methods that target multiple species simultaneously, resulting in a “semi-targeted” approach where the analysis will screen for a range of species, enabling verification of the presence of declared species as well as detection of unknown adulterant species. Inter lab validation work has been performed to demonstrate transferability to different labs and to various instrument makes and models. 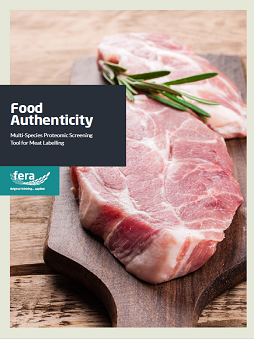 The debate for mandatory production labelling for the meat and diary sectors is about to become the latest hot topic. Working closely with our customer Defra, we are working on developing a validated multi-species proteomics screening tool for meat species verification in processed meat products. Ultimately this will look to deliver a ‘fit for purpose’ optimised and validated proteomic Mass Spectrometry (MS) method for routine qualitative meat species determination to verify compliance with food composition and labelling law.

Our diagnosticians are globally recognised for their expertise in diagnosing plant diseases and identification of plant pests. Our approach is to use the most appropriate method for diagnosing each sample ranging from traditional techniques, such as microscopy through to cutting edge molecular diagnostics.

Find out more about Plant Clinic & the MTU

The Thomson Suite is one of the largest facilities of its kind in the UK. It is a bespoke laboratory running to GLP quality standards that houses 30 state-of-the-art mass spectrometry instruments.  The equipment within the facility consists of very sensitive and selective instruments such as LC-MS/MS, IC-MS/MS and GC-MS/MS which are used for the make-up of compounds.

Find out more about our the Thomson Suite