Fera became the first company in the UK to bring the ‘fingerprinting’ or full chemical profile technique to the food sampling arena, really challenging some of the issues being currently faced by the industry with regards to food fraud and authenticity. As many in the Science Fraternity know, mass spectrometry coupled with liquid chromatography is an analytical chemistry technique that helps scientists to unequivocally identify the amount and types of chemicals present in a food or animal feed sample. This Ground Breaking technique can be used to obtain a full chemical profile or ‘fingerprint’ of the sample in question, a technique which is particularly important in studies of food fraud or food authenticity as test samples can then be compared against the profiles obtained from known authentic samples. This advanced measurement technique can be used to assess compliance against EU limits for chemicals, such as pesticides, veterinary medicines and mycotoxins in food.

You're in Safe Hands

Fera are well respected in industry for being a vital player in responding to national food safety issues and scandal and product developments like the Thomson Suite are vital in the UK’s delivery of leading the way in setting the right standards within our incredibly challenging Food Chain Supply. The suite is one of the largest facilities of its kind in the UK and was named appropriately in honour of Sir Joseph John Thomson (1856 – 1940) who was the British Nobel Prize winning physicist, whose 1913 experiments are credited with the invention of mass spectrometry.

At Fera, we have a team of around 50 staff to utilise the latest ‘Mass Spectrometry’ technology which gives us the edge in Food Testing, both from an identifying food safety and authenticity issues early to ensure that food produced in the UK/EU and food that is imported from outside the EU meets legislation and legal limits. By using advanced informatics to analysis ‘mass spec’ data obtained from different authentic foods, our scientists have a collection of ready-made chemical profiles to compare suspicious samples against in the future. Fera have the size and scale underpinned with a century of expertise to deliver on any challenge set by the Food industry. 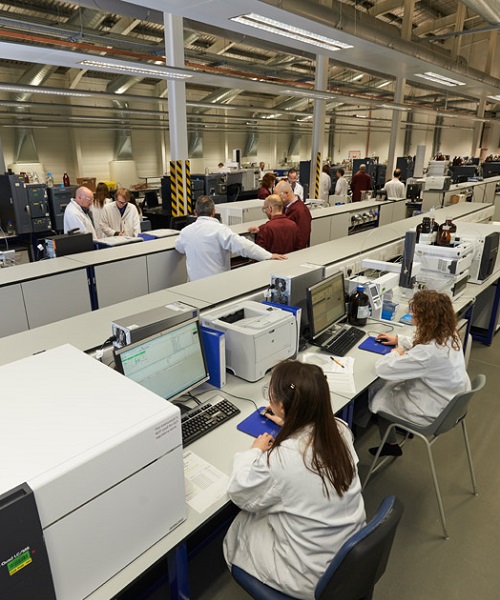